NEW for January 1, 2023: As of January 1, 2023, the rate of indexation that applies to your pension benefit, based on the percentage increase in the CPI (Consumer Price Index) from October 1, 2021 to September 30, 2022, is 5.33%. This indexation rate reflects the increase in the CPI, less 1%, since the formula for indexation, as explained below, retains a 1% hold back for the portion of inflation that is between 2% and 3%., unless the performance is sufficient to allow a full indexation as was the case last year. This is termed the 'missing indexation' and will be examined annually in each of the coming years to determine if the performance of the pension fund is sufficient to grant it, as it was done last year for the 0.21% missing since 2019, the goal being to allocate all missing indexations when possible.

This indexation of 5.33% will apply to those retired for the whole period of twelve months preceding January 1, 2023, while new pensioners who started their pension during 2022 will receive a percentage increase proportional to the number of months they received benefits.

Every January, if you are a member of the University of Ottawa Pension Plan, your pension will be automatically adjusted to reflect some or all of the increase in the Consumer Price Index (CPI), beginning in the year after your retirement. The pension indexation formula is based on the increase in the CPI during the period of October 1st and September 30th of the previous year, up to a maximum increase of 8%.

Any increase in the CPI above 8% will be applied to the pension in a later year when the adjustment is less than 8%. The increase in your pension on the first of January after you retire will be based on the number of complete months remaining in the calendar year after your retirement.

Pension Indexations in the past 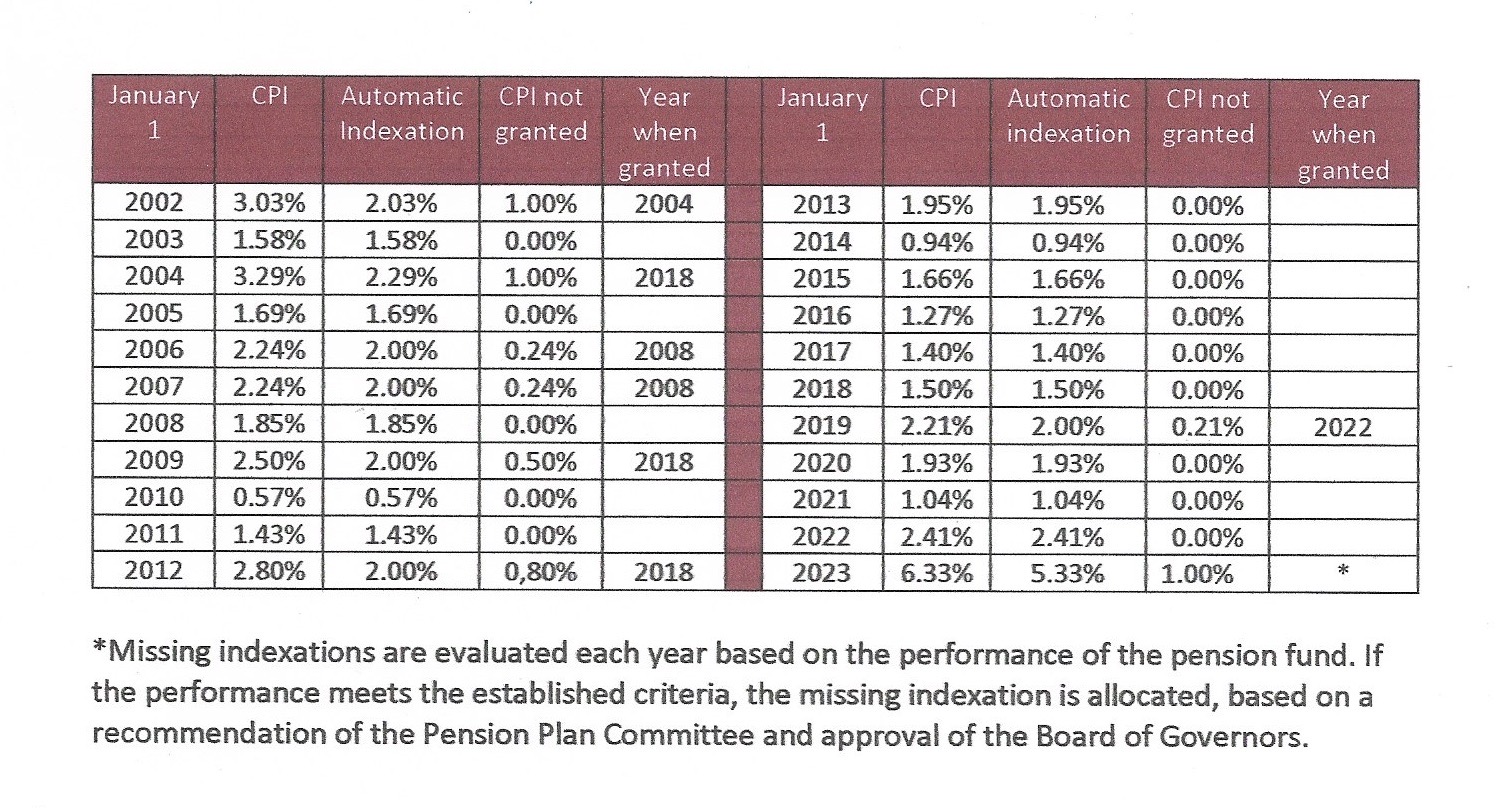